Cinnamon and I were hiding out in the TV room, with the house dark, hoping to evade the neighborhood trick-or-treaters. I didn’t know if there were any or if there were hundreds of costumed munchkins and I didn’t particularly want extra candy hanging around because we all know that it would disappear and how it would disappear. While we waited out the onslaught, I decided to roast some eggplant for a dish that I will make tomorrow.

The back of this house backs up to a big berm of trees between the yard and the Monon Hiking/Biking Trail. Clearly the connection from the trail to the house has been disguised and discouraged, so no fears there. This neighborhood is a very normal, middle-class, large-tree-filled neighborhood—identical to the one I lived in. I am a trusting person in general and often leave doors unlocked when I am home. I mostly leave doors unlocked when I am home. 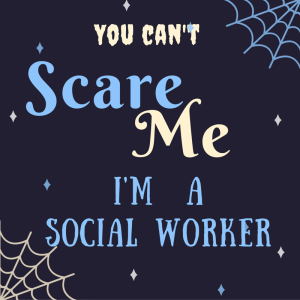 So, long after the threat of the last trick-or-treater was gone, Cinnamon and I heard a huge CRASH that sounded to me like a metal door had just been forcibly smashed to the floor. Doggie went roaring out, barking like crazy and I just instinctively followed her. I didn’t plan anything, but in mind, I thought, well, this is it….something really bad is about to happen. I fully expected to confront a person in the house. I was beyond scared…to the point of calmly accepting whatever was going to happen next. It was a wildly eerie feeling.

I knew by the intensity of the sound that whoever/whatever made it, that I would be no match for whatever they/he/it had in mind. So I went to meet my fate with my protector dog barking ahead of me. [As I write this, it sounds rather stupid, but it’s what happened.] Now, I’m not saying that I wouldn’t have fought or screamed or tried to prevent being hurt, but I knew I just had to go out and deal with it. I suppose hiding would have been an option, but that didn’t occur to me at that moment. My fate awaited. I went to meet it.

Locked front door was intact. Unlocked back door was intact. I locked it. We both walked around the whole house and tried to figure out what had happened. Nothing. Then BAM! I figured it out. The very thick metal cookie sheet upon which I was roasting the eggplant had bent/snapped like they sometimes do when they get very hot in the oven. Oh.My.God. It had been SO LOUD. That had to be it, though. No other explanation.

So, the ghosts and goblins (and Elsa’s and Anna’s) are hopefully all home, and I’m going to go cook some dinner. Will I leave the door unlocked again? Yup. I’ve never let scary things take away my desire to live a free life. And besides, I have Cinnamon (pseudonym used to protect her identity) to protect me.  We’ve both moved on already.